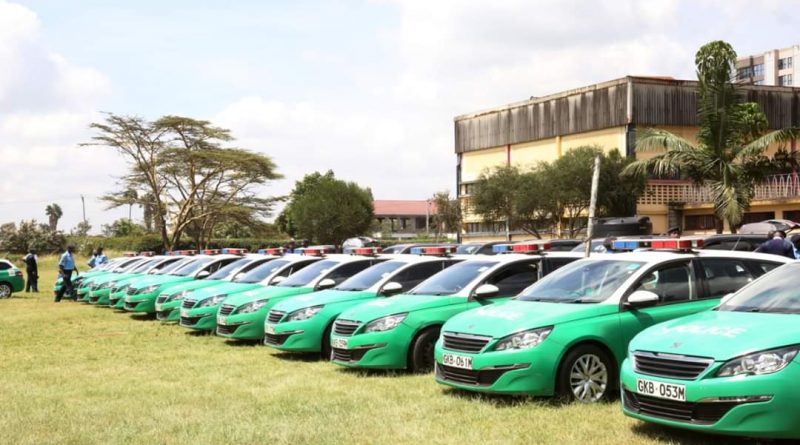 The Kenya static traffic officers are set to be removed from the Kenyan roads, says Inspector General of Police Hillary Mutyambai , Newszaleo.co.ke has learnt.

This is part of the new traffic rules where 38 patrol cars are to be introduced on major highways to conduct mobile random checks on specified routes.

The traffic officers will be removed from the various cities in the country and replaced with a special unit.

The special unit will be randomly be moving around the country ensuring traffic rules are adhered to.

Inspector General of Police Hillary Mutyambai says Mobile Traffic operations will replace the static traffic police officers as part of the new move.
Roadblocks near major cities will also be abolished.
Members of the public who break traffic rules, the drivers will not be arrested rather fined on the spot.
“Members of the public have been complaining that the Traffic has come back to what it used to be”, said IG Hillary Mutyambai.
“This has led us to sit down and rethink the strategy we have been using if it is working “said Inspector of Police Hillary Mutyambai while addressing the media.

The police will work in conjunction with the NTSA to combat crime that consist of illegal registration of vehicles in the country.

The police department is looking into a total of 450 vehicles that are believed to have been registered illegally.

This comes days after 3 suspects were arrested by the Directorate of Criminal Investigations in Kenya (DCI), Digital Forensic Experts and Serious Crime Unit detectives actively hacking the NTSA database and TIMS system.

“Investigations led the officers to NTSA offices where they arrested one employee namely Antony Rugut Korir – 33 years in the call center department, who was assisting the hackers to access the NTSA network. Korir had connected a Local Area Network turtle gadget; a covert sytem administration and pentesting tool providing stealth remote access.

All the suspects are in lawful custody as further investigations ensue.”