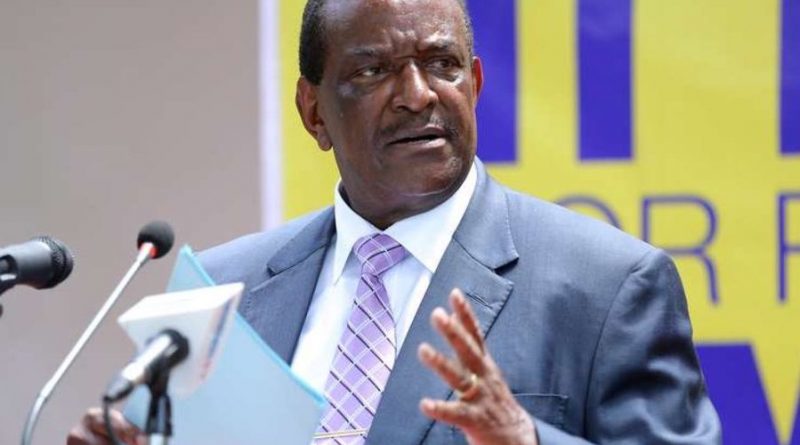 The 2017 presidential candidate passed away today at the age of 72 years while undergoing treatment at a Nairobi hospital.

In a message of comfort to the Nyagah family, President Kenyatta eulogised the two-term Gachoka MP as his friend of many years and an influential, approachable servant leader whose wisdom will be missed by many.

“Joe was a great person. A friendly leader, highly experienced in public service and a very influential politician. What stood out the most in my many years of interaction with him was his brilliance and clarity of mind when articulating matters of public interest,” the President recalled.

President Kenyatta said the former Minister was a trusted leader whose outstanding service to the country saw him serve as a minister in two regimes.

“It is rare for someone to serve two administrations at the ministerial level but Joe defied all that because of his accomplishments and the trust that he earned from the appointing authority for exemplary performance,” the President said.

Before joining elective politics, Hon Nyagah had a long career in public service having served as Kenya’s Ambassador to Brussels and as the Managing Director of national carrier Kenya Airways.

“As a nation, we owe Joe a debt of gratitude for his long and distinguished service to the country and for his many accomplishments as a public servant. May God rest his soul in eternal peace,” the President mourned.

The Head of State wished the Nyagah family, friends and relatives of the departed leader God’s comfort and fortitude as they mourn and come to terms with his death.

We have lost a selfless, bold, visionary and industrious leader who took exceptional honour in public service. Honourable Joe Nyagah was a vocal, responsive and development-conscious leader.

He was amiable, steadfast and a dedicated campaigner for a better, more cohesive, more inclusive and more transformed Kenya. We will miss his wise counsel and modest personality.

Our deep thoughts and prayers are with the Nyagah family and their loved ones during this difficult time. Rest In Peace, Honourable Nyagah.

Former Prime Minister Raila Odinga, “I’ve received with shock news of the passing of my friend former Cabinet Minister Joe Nyagah. Joe has been a critical player in the affairs of our nation straddling the corporate world, government, diplomacy and national politics.

My heartfelt condolences to his family and friends. May He Rest In Eternal Peace.”

“We join the rest of the country in mourning the death of Hon. Joseph Nyagah. Joe, as he was fondly referred to, was a distinguished politician and a strong luminary of the ODM party. During his political career he played a key role in shaping the political landscape and reforms of our country. Indeed he stood out as a patriot and a true son of the soil.
We extend our profound condolences and deepest sympathies to his family, friends, the people of central Kenya and the country at large.

Fare the well my brother. May the Almighty rest your soul in eternal peace.”