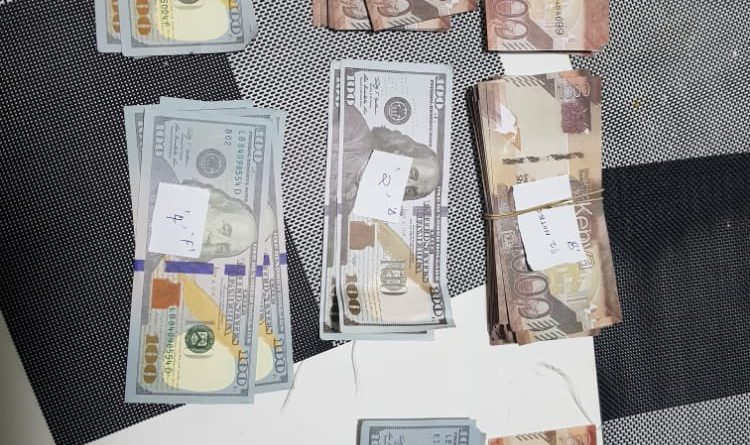 A stealth operation by DCI’s Transnational Organized Crime detectives led to the arrest of three suspects of Money Laundering, at an apartment in Nairobi’s Kileleshwa area.

The detectives acting on intelligence, had launched an operation at Midea Apartment’s house number 101, therein ambushing Abdulaziz Ibrahim Hassan, 54, Dorcas Ntoya, 34 and 26-year-old Arum Bob Busimbi. The three are believed to be part of a syndicate that is behind the rising cases of money laundering, commonly known as wash wash.

Several fake US dollar notes in denominations of 100 and a machine believed to be used in developing the fake notes were found in the house, before the search was extended to the basement parking.

54-yr-old Ethan Mureithi, the caretaker of the apartment who vehemently obstructed the detectives from conducting the operation within the facility was also arrested and will face appropriate charges.

Meanwhile, the wash wash suspects Abdulaziz Hassan, Ntoya and Busimbi are in custody pending arraignment. Their vehicle was also impounded.