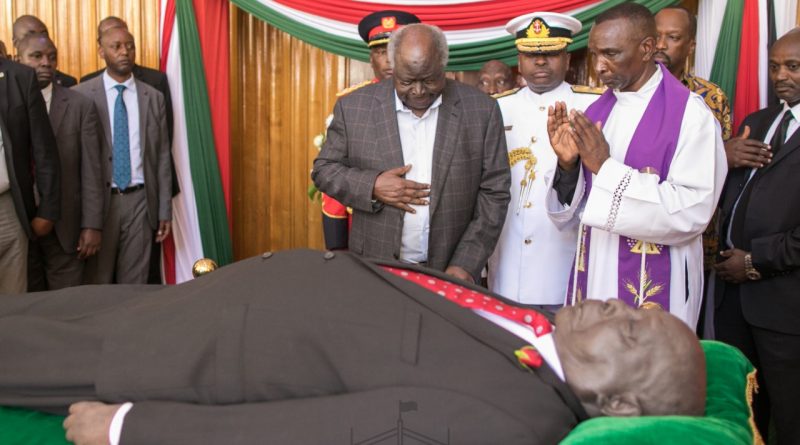 The former retired President Mwai Kibaki on Sunday February 9th 2020 made his way to parliament buildings under tight security to view the body of his predecessor the late President Daniel Toroitich Arap Moi.

Mwai Kibaki and his entourage arrived in Parliament at around 11:30 am.

Kibaki’s security had ordered members of the public to pave way from the area minutes before his arrival.

Only the top military officers and his handlers were left to receive him and see him in.

The retired President Kibaki made his way through the Parliament main gate avoiding the gate facing KICC which dignitaries have been using since Mzee Moi body viewing began on Saturday morning.

Mwai Kibaki’s family however asked for privacy as the former President viewed the body.

The former President Mwai Kibaki and his entourage later left around mid day 12:00 PM and normal viewing of the body by the public resumed immediately.