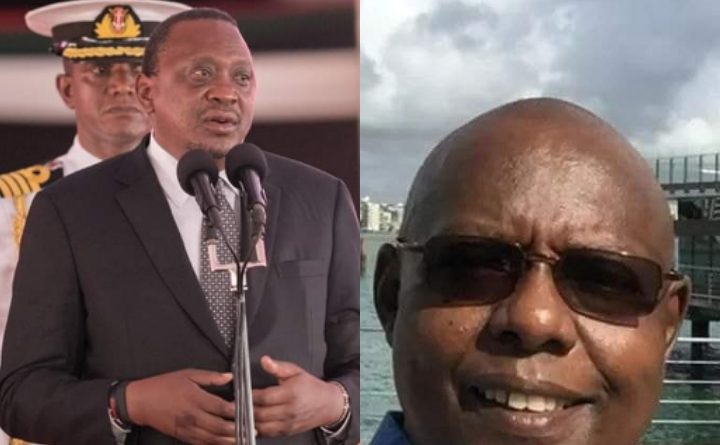 The Ambassador collapsed and succumbed at his residence in Juba. The cause of his death is yet to be established.

President Uhuru Kenyatta led the country in mourning and sending condolences to the Ambassador family and friends.

The President shared the condolence message as seen by newszaleo.co.ke that read as follows.

President Uhuru Kenyatta has on 17 February 2020,sent a message of condolence and comfort to the family, relatives and friends of Kenya’s ambassador to South Sudan Chris Karumba Mburu who died last night.

The President described the late Mburu as a distinguished career public servant and a great Kenyan diplomat who was committed to building strong bilateral ties between Kenya and South Sudan.

“Death has robbed us of a great public servant who served his country with distinction. Since his appointment as our envoy to Juba, Ambassador Mburu has worked hard to ensure free flow of trade and investment between Kenya and South Sudan,” the President wrote.

The Head of State eulogized the fallen diplomat as a shining star whose service to the nation shall be dearly missed.

“Kenya has lost a brilliant public servant whose star was shining bright and whose service shall be dearly missed,” the President said.

The President prayed to God to give the family of the late Mburu strength and fortitude to bear with the loss of their beloved especially in this difficult period of mourning.

“I deeply sympathize with each one of you as you mourn and pray that God will give you the grace to accept his will,” President Kenyatta wrote in his message to the family.

The late Chris Karumba Mburu was appointed Kenya’s Ambassador to South Sudan by President Kenyatta in 2018.

We send our condolences to the family and friends of the Ambassador may his soul rest in peace.