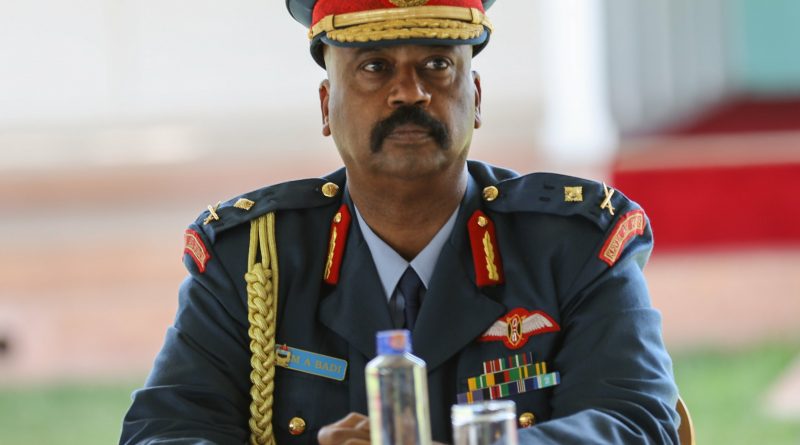 President Uhuru Kenyatta on 18th March 2020 commissioned the Nairobi Metropolitan Service, a new state agency that will perform functions handed over to the National Government by the Nairobi City County Government.

Speaking shortly after witnessing the transfer of functions between the two levels of government, the President said Nairobi residents require efficient and quality services and reminded city leaders that service delivery is not a favour to citizens.

“Ladies and gentlemen what we are doing is not a favour, it is a service, and we must provide it and we cannot turn back and for that I ask each and everyone of you to be committed to the task ahead,” the President said.

The President acknowledged that transformation of Nairobi City is a herculean task that requires diligence, commitment and hardwork by all stakeholders so as to fulfill aspirations of city residents.

“This is not a one man job, we must work together not pull at each. I look forward to seeing positive results in the shortest possible time,” the President said adding that the primary responsibility of Nairobi Metropolitan Service (NMS) will be to ensure efficient delivery of services to the residents of Nairobi.

Among the key focus areas outlined by the Head of State for the new agency is the streamlining of urban renewal projects in places such as Jevanjee and Pangani whose implementation has been delayed over the years.

Besides prioritization of regeneration projects, the President tasked Maj Gen Badi and his team to end corruption and to dismantle cartels which he said are a major hindrance to service delivery in the city.

“As I commission the Nairobi Metropolitan Service here today, I will task them firstly to bring an end to the corruption and dismantle the cartels. This is a tall order, but I pledge that I will ensure that they are fully supported by the government in whatever way possible to achieve this goal,” he said.

Over the next 100 days, the President challenged the new NMS team to among other targets establish the Railway City Development Authority and, streamline issuance of permits and approvals.

“Complaints of corruption and having to pay out bribes to receive permits and approvals have to be a thing of the past,” the President directed.

Further, the Head of State directed NMS to work with the Nairobi Metropolitan Area Transport Authority (NaMATA) in fast tracking the implementation of the Nairobi Urban Mobility Plan.

On solid waste management, the President directed NMS to collaborate with the National Youth Service in ensuring garbage collection and disposal services are effective.

To enhance garbage disposal, the President gave the new agency 100 days to identify and gazette all legal solid waste disposal sites for use by both public and private collection service providers.

On water supply in the city, the President asked NMS to develop clear strategies that will ensure equitable distribution of clean water to Nairobi residents.

“Towards the development of long term, sustainable systems for water and sanitation, NMS should activate, in collaboration with the Nairobi City Water and Sewerage Company, projects that will enhance last mile connectivity for both water and sewer pipelines across the County,” he said.

Others were Speaker of the Nairobi County Assembly Beatrice Elachi, Chairman of the Public Service Commission Stephen Kirogo and KRA Commissioner General James Mburu among other senior government officials.

The ceremony was led by Head of Public Service Joseph Kinyua and Attorney General Kihara Kariuki.