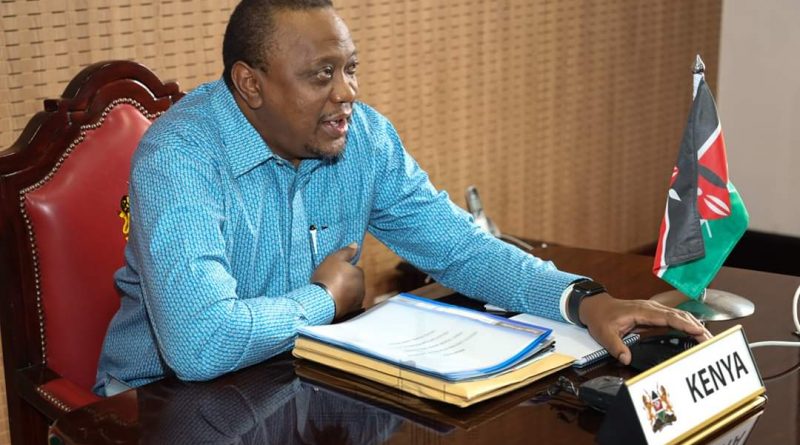 All congratulations goes to our country Kenya for winning the coveted UN Security Council non-permanent member seat after garnering 129 votes against Djibouti’s 62, in a second round of voting in New York.

Congratulatory messages came all across that read:

“CONGRATULATIONS ???to our country Kenya ?? for securing the non-permanent African group seat on the United Nations Security Council (UNSC) after securing 129 votes against Djibouti’s 62 in the second round of voting”

President Uhuru Kenyatta on Thursday, 18th June 2020 welcomed Kenya’s resounding victory in today’s second round of voting in the elections for a non-permanent seat on the UN Security Council.

The President termed Kenya’s win as a demonstration of the country’s growing profile and influence in the community of nations as a steadfast and dependable development partner.

The Head of State thanked Kenya’s competitor in the election, the Republic of Djibouti for being a worthwhile opponent and the African Union for the endorsement as the continent’s flag bearer in the contest.

Kenya, the President said, will endeavor to consolidate and voice Africa’s position in the Security Council and will advance its 10-point agenda as outlined during the campaign period.

Deputy President William Ruto was also very pleased that we have won the UN Security Council seat. The victory reaffirms Kenya’s strategic position in the community of nations, wrote the DP

“Kenya’s election to the U.N Security Council this evening marks one of the brightest points of our engagement with the world. It is also a bold manifestation that with solidarity, Africa, which backed Kenya, can have its way on the global stage.

This vote is also a major statement on how this country has presented itself to the world, as a nation determined to find home grown solutions to challenges to peace, stability and prosperity and in the process provide a pragmatic example to the rest of the world.

We are grateful for the great vote of confidence by the global community. Our challenge now is to work even harder as a nation and Africa’s representative to deliver on the expectations of the Continent that backed us and the global community that agreed. I am confident that Kenya shall not disappoint.

Congratulations to the team at Ministry of Foreign Affairs in Nairobi, our strong team at the UN Mission in New York and our government for the formidable campaign. Our work of sustaining multilateralism in an increasingly polarized world is clearly cut out.”