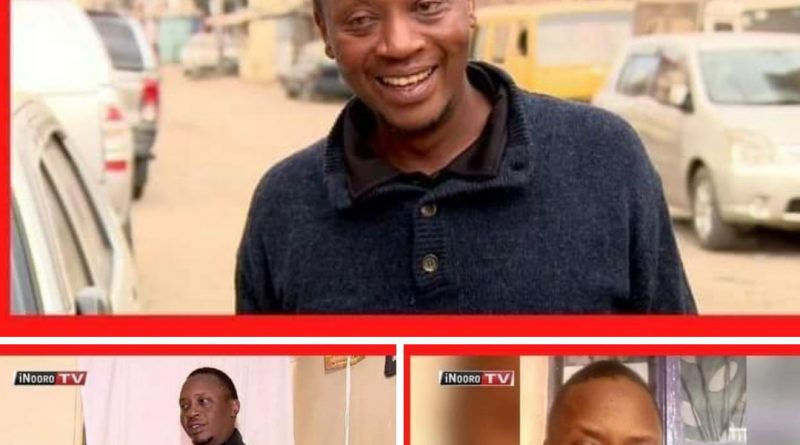 Most Kenyans thought that this is President Uhuru Kenyatta before “kuomoka” which means before making it or being successful but this is Michael Njogo Gitonga from Umoja estate .
He revealed that his late mother at one time was a police officer at Gatundu.
Michael Njogo Gitonga, a father of three is one of the few people who appreciate the face masks a little too much.

His reasons, however, have very little to do with the global Coronavirus pandemic.

Njogo uses the facemask to hide his face when he walks out in public.

He can easily be mistaken for President Uhuru Kenyatta.

Their resemblance is so uncanny that he has been nicknamed “Uhunye” in Umoja where he lives.

“I cannot walk out of this estate without people asking me for handouts, I have suffered with this name,” he says. He adds that some approach him to ask for something small to use for buying food.

“It confuses me because I’m confused as to why I look like President Kenyatta, it is very unusual,” Njogo told Inooro TV.

Njogo explained that he has never come close to the President or his family, save for the time his mother worked in Gatundu as security officer, and that was long time ago.

He hopes that one day he will find the truth about his real father as the only person who knew, was his late mum.

Michael owns a pub in Umoja Estate which is currently closed due to the new Covid-19 control regulations.