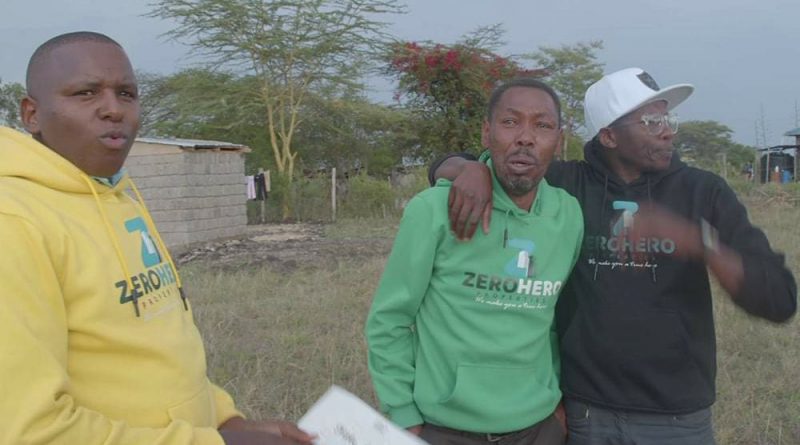 Since news broke that Omosh was unable to pay rent with areas over Ksh100,000 and that he was unable to provide for his family. The whole country has come to his rescue feeling mercy for him.

Jalang’o: “This hurts me soo much. I promise to raise him 1million bob to restart his life again!”

A number of celebrities including Maria’s Dorea Chege aka Magie and Alinur Mohamed pledged to rally their friends to support Omosh financially.

Omosh revealed that he has been jobless since Tahidi High TV series was halted. He says friends and neighbours are the ones who have been supporting him to get basic needs and that he hasn’t paid his house rent for a whole year.

Media Personality Jalang’o has already raised over Sh1 million shillings for Ex-Tahidi High Actor Omosh, through friends and companies he works for.

In an update, the Kiss 100 Presenter shared a detailed statement of all the pledges he had already received totaling to Sh1, 050, 000, plus Sh20K shopping voucher, free bed, seats and a TV.

A real estate company Zero Hero Properties on Valentines day gave Omosh a free piece of land 40 by 80 in Malaa worth Ksh 500,000.

The statement by Zero Hero Properties read,” Yesterday we spent valentine’s day with our brother Omosh, he has been working with us in creating our TV adverts and hosting our events. Omosh hit the headlines last week after it emerged that he was facing many life challenges. We decided to be part of the solution and presented our brother with a 40 by 80 plot in Malaa worth Ksh. 500,000 free of charge. Our mission is to help settle 1,000,000 families and we are glad to help Omosh start on his homeownership journey.”