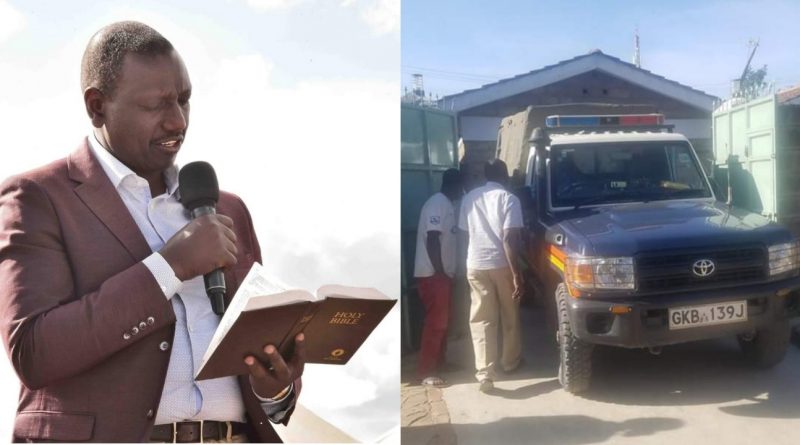 Deputy President William Samoei Ruto has mourned the death of Police Sergeant Kipyegon Kenei who worked in his Harambee House Annex Office and sent his heartfelt thoughts to the family, colleagues and friends.

His condolences as seen by Newszaleo.co.ke read as:

“Deeply saddened by the death of Police Sergent Kipyegon Kenei who worked in my Harambee House Annex Office.

Kenei was a disciplined young police officer. I urge the relevant authorities to conduct a thorough investigation to ascertain the circumstances surrounding his death.

My heartfelt thoughts to the family, colleagues and friends. Rest In Peace. ” wrote the Deputy President.

This comes hours after the Police Sergeant Kipyegon Kenei who worked at the Harambee House Annex Office was
found dead in his house in Imara Daima, Nairobi.

It is reported the officer was expected to record a statement with the DCI.
He had been missing for two days before being found with a bullet wound in his house.

The body has since been taken to the Chiromo mortuary.

Investigations on the cause of death of the Sergeant are currently ongoing.

May his soul rest in peace.