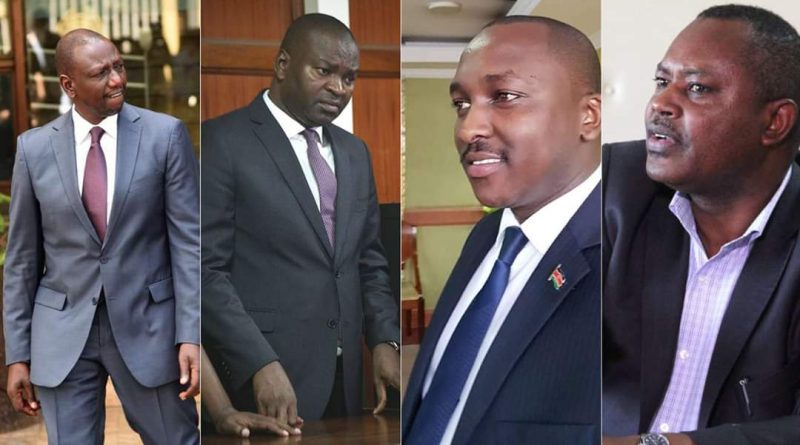 Kinoti showed the CCTV footage, where Kenei was seen welcoming Echesa into Harambee Annex with salutes and contrary to the only 23 minutes stated , EX Sports CS Echesa and his two guests in fake Ksh39 billion arms deal were in the DP Ruto office for 1 hour and 22 minutes.

Kinoti added that Kenei wanted to record a statement on 19th Feb a day to his murder.
The DCI Director George Kinoti, demonstrated how Sergent Kipyegon Kenei was murdered, refuting claims that the officer, who was attached to Deputy President William Ruto’s office committed suicide.

Sgt Kenei was found in his pyjamas lying on the floor of the house.

Preliminary probe shows Kenei murder was planned for a long time; and the policeman wanted to record a statement on the fake arms deal, Kinoti says.

Investigations on who committed the act are still on going on says the DCI.

DCI is currently probing two letters sent to the IG of police from DPs office.

DP William Ruto has said that “The truth MUST be found on WHY, HOW,and WHO killed Sgt kenei. The family, ODP,and kenyans want the TRUTH & JUSTICE and culprits held to account. The drama, distortions, convenient half-truths and the smear campaigns in sponsored headlines amounts to criminal cover up.”