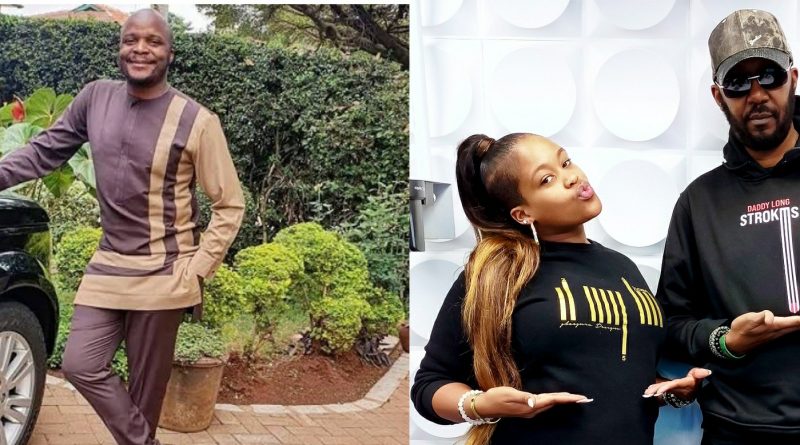 Controversial radio host Andrew Kibe broke the sad news to his fans on 30th June, Tuesday morning that he would no longer be hosting the famed Morning at Kiss 100 show #KameneandKibe that he Co hosted with Kamene after his exit from NRG Radio.

“It’s been real watu nguyas. I will miss all your nonsense in the morning especially KameneGoro and Kiss100kenya.”

Kibe has not yet announced his next move or step but keep it here we will be here to keep you informed once he let’s the cat out of the bag.

Kibe’s Co host Kamene reacted to his exit with that “Si poa……” which in simple English means its not fair.

Little had Kibe announced his exit than Jalang’o announced to his fans that he will be joining Kiss FM as Kamene Goro Co host in the morning show.

Jalango’s media career as a radio host is one of the most successful one with him having worked in almost all the popular media houses in Kenya and radio stations as a radio host or a TV Host.

Jalango had left Standard Group Radio Maisha for Royal Media Hot 96 where he Co hosted with Jeff then to MediaMax Milele FM with Alex Mwakideu where he left recently and now back to Radio Africa’s Kiss 100 FM where he started his radio career journey.

Excited Corporate MC Jalangoo shared to his fans that” When it rains, it pours. I’d love to inform my fans across the country that I’ll be joining Kiss Fm as Kamene Goro ‘s co-host in the morning show. Kibe Andy , you played your role well but it’s now time to focus on your life & get abit serious. All the best! “

This truly shows that no one is irreplaceable and no job is permanent unless you are self employed or your own manager.

Do you think Jalang’o will be a better Co host to Kamene Goro than Andrew Kibe?

From us at Newszaleo.co.ke we wish Andrew Kibe and Jalang’o all the best.