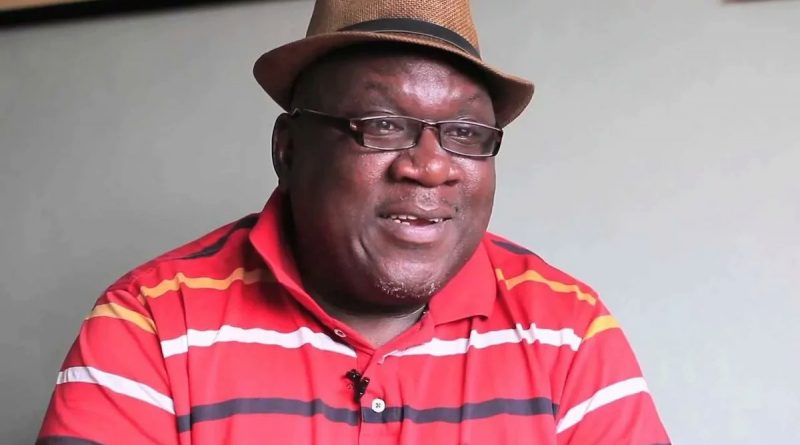 Kenyan Actor Charles Bukeko popularly known as Papa Shirandula is dead at 58! The family has confirmed.

Bukeko who is well known to fans by his brand name Papa Shirandula passed on early today morning at Karen Hospital after a short illness. Citizen Tv where his rise to fame TV show Papa Shirandula where was the main character as a husband and gate man or soldier aired reports.

The Kenyan acting fraternity, RMS colleagues has joined the family at Karen Hospital.

“He developed difficulties at home and was rushed to the hospital by his wife, he passed on arrival.”

Papa Shirandula will be remembered for making many faces smile with his acting skills and featuring in many TV adverts from the famous Brrrrrrrr Coca-Cola adverts that went viral globally, Go TV and the most recent one that is airing Safaricom YouTube advert airing on a TV near you.

Many actors and politicians have come forward to mourn the famous actor.

President Uhuru Kenyatta has condoled with the family of popular Kenyan TV comedian Charles Bukeko who passed away earlier today.

In his message of comfort, the President eulogized the thespian as a gifted storyteller whose contribution to the development of Kenya’s entertainment sector will be cherished forever. The Head of State wished Kenyans God’s fortitude as the country mourns the departed entertainer.

“We are heartbroken by the passing of versatile television star Charles Bukeko ‘Papa Shirandula’.

Bukeko was a towering, talented and skilful actor. His electrifying and distinctive performances will continue to enlighten and inspire many generations.

We will miss his rich contribution on and off the stage.

Our thoughts and prayers are with the Bukeko family, friends and the arts fraternity during this sad time. Rest In Peace, Papa.”

On behalf of Mombasa, Mombasa Governor Ali Hassan Joho has sent his condolences.

“Mombasa mourns the loss of kenya’s renowned creative artist to grace our screens Mr. Charles Bukeko aka Papa Shirandula who passed on this morning at the Karen Hospital. I extend my sincere condolences to his family and friends. May the Almighty rest his soul in eternal peace.”

Kakamega Governor Wycliffe Oparanya has sent his condolences on behalf of Kakamega County.

“It is with great sadness that have I learnt of the death of comedian Charles Bukeko popularly known as Papa Shirandula .

The cruel hand of death has robbed the comedy industry an iconic figure whose comedy did not only entertain but was also educative to many generations. “

“I am saddened to have learnt of the demise of Charles Bukeko a.k.a Papa Shirandula.He was a talented actor and one whom I also enjoyed to watch.A sad loss for our great Nation and the entertainment industry.May the Almighty God rest his soul in eternal peace.Kwaheri Papa! “

“My sincere condolences to the family of Charles Bukeko popularly known as Papa Shirandula upon his passing on today morning at Karen Hospital.
May his soul rest in peace.

Ford Kenya Party Leader and Bungoma Senator Moses Wetangula : Death has again struck, taking away my friend and gifted entertainer Charles Bukeko aka “Baba Shirandura”.He was in the class of late Ojwang and other greats. Salutations to Royal media group for scouting his talent and giving him opportunity to excel. RIP

“My heart goes out to Charles Bukeko’s family. Papa Shirandula was a friend, a good man who helped me laugh in difficult times. He created content for the whole family, a shining light in the world of comedy. He joins Mzee Ojwang & the rest of the angels. Rest in peace my friend.”

“A sad day indeed..Charles Bukeko has gone to be with the Lord..my condolences to his family and friends..Rest well Papa”

Rest In Peace Charles Bukeko. Among the many things you did in media and theatre, this one is remembered all over the world!!!!! My condolences to friends and family. #RIPCharlesBukeko #Legend #RIPPapaShirandula #Brrr

She wrote” Noooo ? I know him as Bukeko since my stage acting days; you likely know him as Papa Shirandula. He has passed away at Karen Hospital. So sad. May he rest in peace. ?? “

Mom and singer Suzanna Owiyo has also mourned the actor.

“I mourn Papa Shirandula as a good man.

When I started acting set books at The Kenya National Theatre, he stretched his hand more than once, I appreciate that I got a chance to say asante in your life and assist you when you needed someone.”

Importantly his death reminds us that the Creative Economy is still an area that needs more focus and investment.

Go Well papa, your stage name spoke to your real life. You were a Godfather in the days of our struggle.

“Rest in peace Charles Bukeko alias Papa Shirandula. You were a self-made man who epitomised the joy and optimism of Kenyans. You made a huge contribution to the entertainment industry in Kenya. We will miss you. May God give peace, comfort and strength to your family and fans.”

Charles Bukeko as Papa Shirandula brought so much joy and laughter into our homes with his larger-than-life TV character. I join the rest of the country in mourning a comic giant and send my condolences to his friends, family and the entire acting fraternity. Rest in Peace.