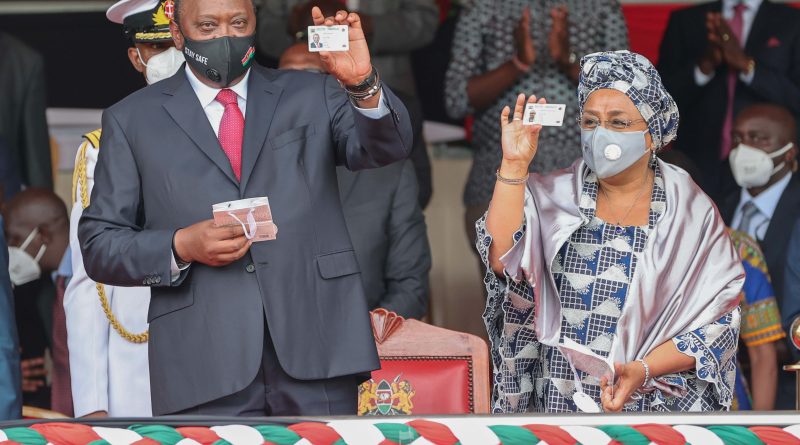 President Uhuru Kenyatta has called for a constitutional consensus that accommodates all communities and entrenches equity and national unity.

Saying the country is staring at a constitutional moment, President Kenyatta reiterated his caution against rigidity that breeds negative and divisive politics.

The Head of State was speaking today at the Gusii Stadium in Kisii County when he led the nation in marking this year’s Mashujaa Day.

President Kenyatta said he advocates for a constitutional consensus that will secure the country’s democratic credentials without reaping apart the diversity of the Kenyan nation.

“This question of ‘us’ versus ‘them’ must come to an end. And as we exercise our democratic rights, it must never again be at the expense of our diversity. The cardinal principle must always be our unity in diversity,” President Kenyatta said.

The President urged Kenyans to weave a constitutional consensus around a three-pronged national question that addresses political inclusion, equity in the distribution of opportunities and resources as well as the contestations and violence that occur every electoral cycle.

“This means that in every electoral cycle of five years, two years are wasted exclusively attending to electoral matters,” President Kenyatta said.

Noting that the quest to liberate Kenya was fueled by the desire to drive away hunger, ignorance, disease and unemployment away from Kenyans, the Head of State emphasized that unless the economy is sustainably expanding to accommodate the youths graduating every year they are being robbed of their future.

He warned that premature campaigns and endless electioneering that create anxiety deny the country an environment where enterprise can thrive by continuously attracting capital.

“Truly, this is not what the constitutionalists at independence wanted for us. And if we do not change it now, when we have a constitutional moment, this problem will plague our country for years on end.

“My invitation to the country, therefore, is to have an honest conversation with itself on this. And we must not shy away from taking bold decisions the way our Founding Fathers did,” he said.

President Kenyatta, at the same time, paid glowing tribute to past and current national heroes for their contribution to national development.

While heaping praises on the liberation heroes, the President Kenyatta said the country must not forgot its young people but celebrate them also.

The President quoted an unnamed statesman who retorted: “…We do not own this country; we have just borrowed it from our children”, saying if history is not just a path to the past but a trail into the future, then a spotlight must be shone on the young people this Mashujaa Day.

He cited a series of transformative programmes and projects including the National Wide Airborne Geophysical Survey that are being undertaken by a team of over 800 young men and women, saying the country’s young people have talent.

The young innovators include Michael Mwaisakenyi and Ken Gicira who created an automated weeding robot to help farmers eliminate the need for herbicides in their crops and Roy Allela who created a pair of smart gloves that helped him communicate with his deaf niece.

“These young innovators not only delivered high quality of work, they also did so at a fraction of the set cost,” President Kenyatta said.

During the occasion, CS Fred Matiang’i announced that the process of developing ‘huduma namba’ is complete. President Kenyatta and First Lady Margaret Kenyatta became the first recipients of the cards while 10 other individuals also received samples of their huduma cards.

The Head of State, First Lady Margaret Kenyatta and 10 other Kenyans received their Huduma Namba Cards whose national roll out awaits parliamentary processing of Data Commissioner.