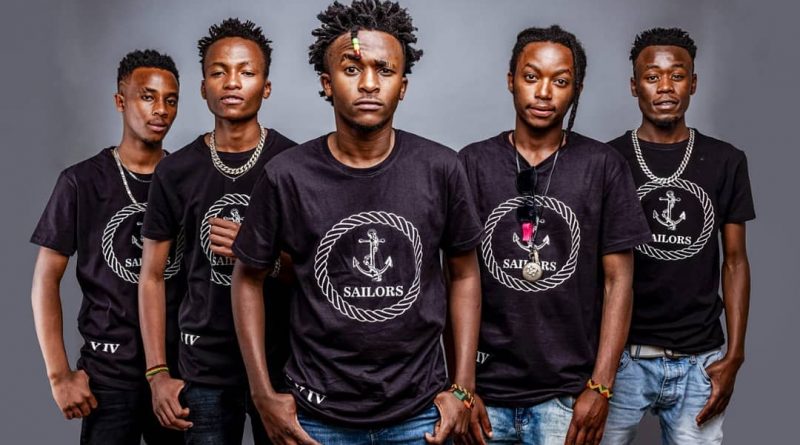 Kenya music has come of age from early days of Genge music by popular legends in the music industry such as Jua Kali, Nonini and Nameless just to name a few.

With many Kenyans listening to Bongo, Naija and American international music it took years for them to start supporting their own.

2019 marked as a great year for upcoming Kenyan musicians as Kenyan fans started listening, dancing and supporting their own in a new wave that took over the country known as Gengetone.

Here we name for you young Kenyan artists who have made themselves a name as the current kings in Gengetone.

They came to the industry with the Lamba Lolo hit song that took Kenya by storm and within a few months it was a Kenyan anthem with millions of views on YouTube giving a rise to the booming gengetone wave.

The group comprising of Swat mtoto wa Eunice, Reckless, Seska and Zilladropa is popular and known by almost every Kenyan Youth in Kenya.

Ethic are currently the undisputed kings of gengetone.

The group broke up to fame with their Kenyan Anthem “Wamlambez Wamyonyez” which every Kenyan could not contain themselves from singing the song or repeating the slang.

Since then the group has been releasing hit after hit from Pekejeng, Wainame, Queen B, Nyandus, Wakiritho ft Octopizzo, Jesu ni Mwathani and recently Tekenye featuring Nadia Mukami which the fans seems cannot get enough of them.

The group consisting of Miracle Baby, Shalkido, Masilver, Lexxy Young and Qoqos Juma won four awards at the Pulse Music Video Awards as the best music group in Kenya and in the gengetone category.

3. Boondocks Gang
The group famed for Rieng and Mboko Haram is made up of three artists Exray Taniua, Edu Madoxx and Odi wa Murang’a

The group artists are very versatile with every Kenyan artist dying to have a collabo with them or have them in their songs from successful hits like Sondeka Remix, Nyoka ya Shaba and Wale Mangaa.

The group is popular with making controversial songs on trending topics in the country.

This ranges from popular politicians phrases, pastors slogans and anything trending.

Alejandro has made a name for himself by releasing more single hits and collabos like Do Re MI and Inde .

Mbogi genje is a new entrant in the Genge tone scene breaking records with their smash hits and a discovery of their own sheng. They attracting a huge fan base even if most of their fans cannot still fathom meanings of most of the words in their songs like Namuok kutoka dangulo … hence their name the Sheng Masters.

Which is your favorite Mbogi genje song or what do you love most about the group?

Foods to boost your immunity against the Covid-19 virus