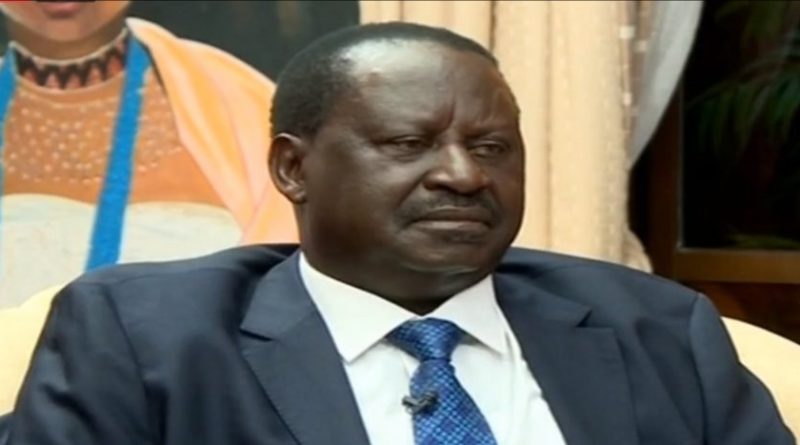 Former Prime Minister Raila Odinga populary known as “Baba” spoke to NTV in an interview with Joseph Warungu.
Baba shared of how he feels that he has made major contributions to Kenya reforms.

On answering when the former Prime Minister first met the Deputy President of Kenya William Ruto he said that he met him when he was elected the MP Eldoret North back in 1988.

Joseph proceeded to ask the former PM Raila Odinga if they are friends with DP William Ruto?

His answer was that they greet each other, and they have a cordial relationship but there are certain things done or he does that are basically contrary to think are the correct way to do things.

The former Prime Minister continued further on with his interview that when he shook hands with President Uhuru, he denounced the oath he had took as the ‘People’s president’.

On his 2022 plans for running for presidency and leaving it for the younger people, the former Prime Minister said that he has never said he wants to be anything in the 2022 elections and right now wants to focus on the Building Bridges Initiative report.

The fun part of the interview was when the former Prime Minister was asked on how much he is worth and he said that he is not rich! He is just worth about 2 billion Kenya shillings in terms of property and shares in companies.

The former Prime Minister said that the opposition is not dead but is very alive in parliament.

The parting shot of the interview was Baba sharing his favourite song which is a reggae song called Jamaican farewell which he sang to the viewers.