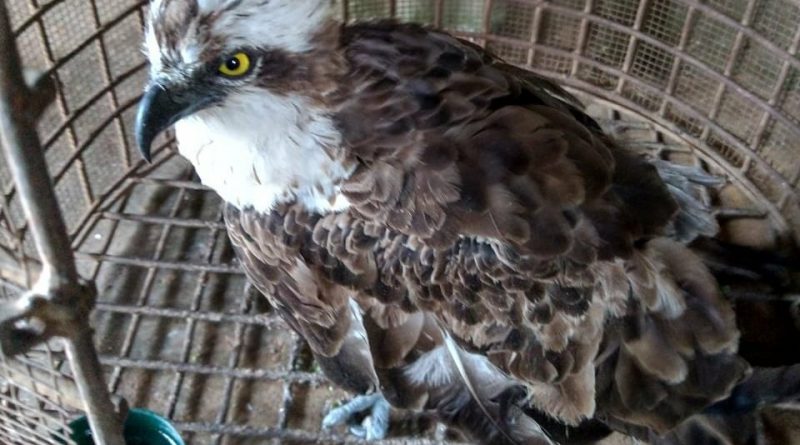 The Kenya Wildlife of Kenya has with deep regret announced the death of Osprey the Finland ringed bird that flew a total of 6948 kilometers from Finland to Usalu Village in Siaya County where it was rescued.

In the media release spotted by Newszaleo.co.ke , the Kenya Wildlife Service(KWS) says that despite all it’s efforts to rehabilitate the injured osprey and eventually release it to the world the bird succumbed.

The bird had been had been spotted by a community member Mr. Walter Oloo stuck on a fishing net and reported to the Kenya Wildlife Service (KWS) for rescue.

The net had since been reported to have caused the sea hawk some injuries on the legs.

The four year old bird is said to have died during the weekend under the care of the Kenya Wildlife Service (KWS).

A post mortem examination conducted on the bird gave a report that the death was caused by long term starvation which led to total organ failure.

The bird had been flown from Siaya County to the Kenya Wildlife Veterinary Department in Nairobi before being transferred to the Raptor Rehabilitation Centre.

The bird is said to have been dehydrated, weak and thin weighing 950grams against the 1.3 to 1.8 kilograms normal adult weight.

The bird was being treated and fed to full recovery before being taken back to the rescued sight on Lake Victoria for it to track its bearing and be able to migrate on its Northward journey back to Finland on early March.

The Osprey marks to be one of a kind migratory bird species spotted in our beautiful country having flown the many kilometres to our beautiful nation Kenya.