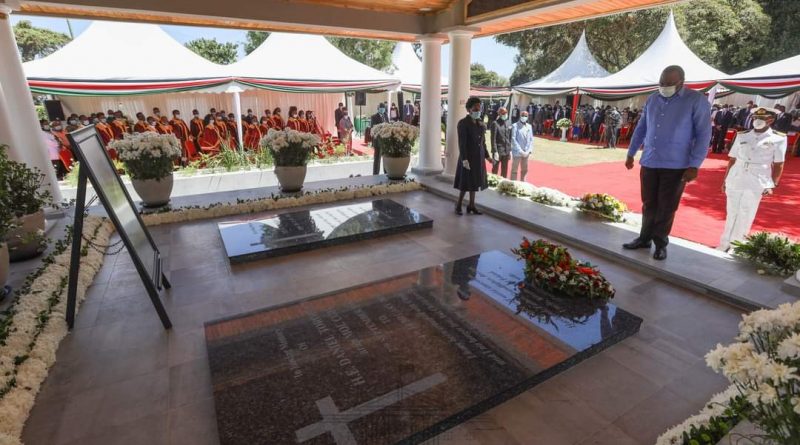 “Mzee Moi was a man who had great strength of character and great patience. He had that strength that comes from humility.

“I, myself, would not have reached where I am today without his guidance,” President Kenyatta said.

The Head of State spoke when he joined the family, relatives, friends and close acquaintances of the former President at his Kabarak home in Nakuru County for a remembrance service to mark one year since his passing on.

President Kenyatta pointed out that former President Moi was a true and respectful father of the nation who had friends from all walks of life.

“Mzee Moi respected and was in turn respected by everybody. He had friends from all levels in society,” the Head of State said.

The President advised politicians angling for national leadership positions to emulate the late former President Moi by exercising the virtues of restraint, patience and humility.

He expressed concern at the way today’s leaders are disrespectful, saying respect, patience and humility can earn one a leadership position but not abuse and arrogance.

“The arrogance that we see in today’s leadership raises many questions about the future of this country,” the President said.

The party leaders said the former President, who led the country for 24 years, held the dignity of the nation high and narrated how their encounters with Kenya’s second Head of State shaped their lives.

Mr Mudavadi described former President Moi as a great man and a unique gift to the people of Kenya, saying his legacy will live on for posterity.

“Today is a very memorable day to us and for the country because we have come to pay respect to a home that literally held Kenya together for years. We thank God that President Moi was with us,” the Amani National Congress party leader said.

On his part, Wiper party leader Kalonzo Musyoka celebrated the achievements of the second President of Kenya terming him a peacemaker who was the beacon of unity in Eastern African and the continent.