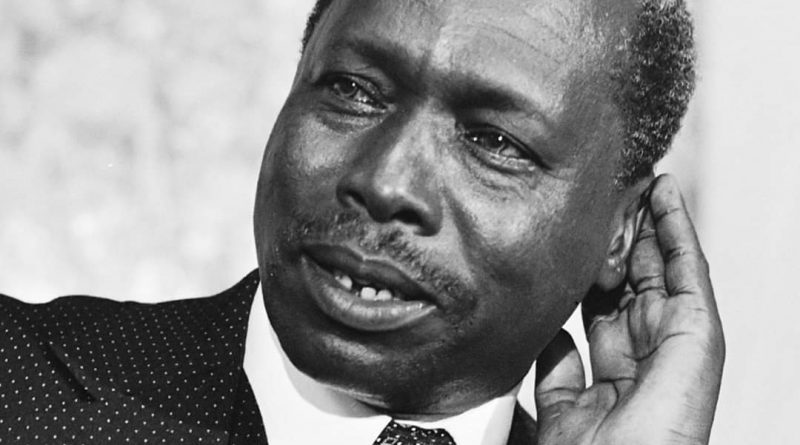 The body of Mzee Moi has been transfered to Lee Funeral Home from Nairobi Hospital where he died while receiving treatment.

His son Baringo Senator Gideon Moi said Mzee Moi passed at 5:20AM peacefully by his side and they have accepted as a family and offer heartfelt gratitude to Kenyans for their prayers and thoughts during such hard times.

Mzee Moi was born on 2nd September 1924 in Kabaraka village, Sacho division, Baringo county to his demise on 4th February 2020.

President Uhuru Kenyatta issued a proclamation in respect to the death of retired his Excellency President Daniel Toroitich Arap Moi.

President Moi will be given a full state funeral with all appropriate Civilian and full military Honours being rented and observed according to President Uhuru Kenyatta.

President Uhuru Kenyatta has also ordered all flags to be flown half mast countrywide at State House, State Lodges, Public buildings and Public grounds, all Military posts and stations ,all Naval vessels and Kenyan Embassies abroad of the Republic of Kenya in honour of Mzee Moi.

The state will observe a period of national mourning starting from Tuesday 4th February 2020 to the day Moi will be interred.

Moi will be remembered for Maziwa ya Nyayo which he used to give freely to school going children and Tingiza kidole.

Mzee Moi on claims of being a dictator he said that discipline is not dictatorship he could not allow anyone to say just anything they please.

Mzee Moi’s last wish to President Uhuru Kenyatta was to rename Moi Day, which the head of state honoured and changed it to Huduma Day on Thursday, December 19, 2019.

Here at Newszaleo.co.ke we issue our heartfelt condolences to the family of Mzee Moi and the country at large may his soul Rest in eternal peace. #RIPMoi #RIPPresidentMoi