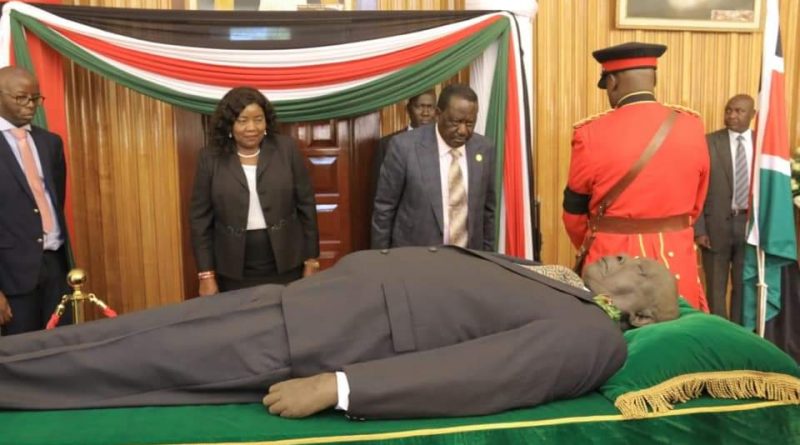 Raila Odinga had yesterday signed the condolence book for President Daniel arap Moi at the AU Complex in Addis Ababa where he had joined leaders from our continent and beyond at the opening ceremony of #AUSummit2020.

The former Prime Minister was joined by his wife Ida Odinga and Raila Odinga Junior seen close by as he performed his famous ritual on the late Mzee Moi.

The famous ritual on Mzee Moi’s body is believed to be similar to the one his father Jaramogi Oginga Odinga performed on Mzee Jomo Kenyatta.

Baba as he is popularly known stepped into the viewing area and held high his dark fly whisk over the body of Mzee Moi for a moment before then waving it back and forth several times to perform the ritual.