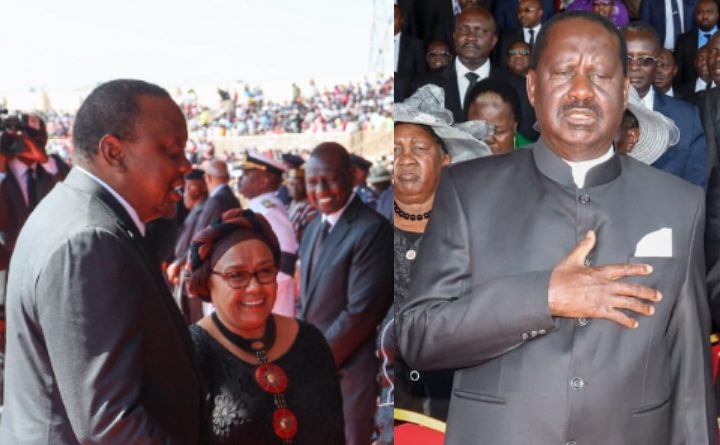 Since Mzee Moi passed away on 4th February 2020 at Nairobi Hospital where he was receiving treatment the country has been in a mourning mood which included a three day viewing of the former retired President remains at Parliament buildings.
213, 000 Kenyans viewed the late former President Daniel Arap Moi body at parliament buildings.
Former retired President Daniel Toroitich Arap Moi was the president of Kenya for 24 years since 1978 to 2002 after taking over power from Kenya’s First President Jomo Kenyatta.
Mzee Moi was married to Lena Moi and never remarried after the divorce to her death.
Mzee Moi was in Nairobi hospital for 3 months before he met his death.

Mzee Moi was a teacher before he joined politics in 1955. He was Kenya’s 3rd vice president for 11 years and was blessed with 8 children; 5 sons and 3 daughters namely Jonathan, Gideon, Philip, Raymond, William, June, Dorris and Jemutai.

Top leaders and thousands of Kenya attended the National memorial service at Nyayo Stadium on February 11th 2020 and this is what President Uhuru Kenyatta, Deputy president William Ruto and Baringo Senator Gideon Moi had to say in their speeches.

“On Tuesday 4/2/2020, while on transit abroad, it became my sad duty to announce the passing of Kenya’s second President”, President Uhuru Kenyatta.

Moi’s underlying philosophy inspired him to team up with other leaders like retired President Benjamin Mkapa to revive the East African Community.

Under Moi’s leadership, great strides were made as far as education is concerned. We celebrate him for the transformation of education through the 8-4-4 system that we have revised to date.

Mzee Moi guided our nation’s journey into the political maturity that we enjoy today.

Today I choose not to mourn the passing of Moi but to celebrate a statesman. His life journey closely mirrors all the stages of our nation.

I choose not to mourn, but to celebrate the life of an icon, said Uhuru adding that Mzee Moi transformed the civil service and education sector.

“We are here to mourn a Pan-Africanist, a great statesman, a selfless leader,a great star and a father of the nation. We also celebrate the life of our father, our hero and our mentor…” Deputy President William Ruto

“President Moi being human was not perfect but as a person who was very close to him in the last three years of his presidency I can say without fear of contradiction that Moi was always genuine, and always meant the best for Kenya” DP William Ruto.

We remember the great things Moi did in like in the education sector, free milk to school children Maziwa ya Nyayo, promoting unity among Kenyans despite mistakes he made as a human being.

“Mzee Moi was forgiving like I’m also forgiving and we made our peace, shook hands and then worked together to bring this country a new constitution. We want to remember him for the good things that he did” Raila Odinga.

“Despite the responsibilities he carried as a statesman, Mzee Moi still found time to be a wonderful father”

While eulogising his father the late Mzee Moi as a forgiving man, Gideon recalled a time he expected the worst from the late president after crashing his new car.

To explain himself to his father, he decided to go with a Bible.

Against his expectations, when he entered his father’s room Mzee Moi looked at him, shook his head and burst into laughter.

Gideon Moi eulogized his late father as an environmentalist besides being a man who loved to eat meat a lot.

Mzee Moi was very fond of Salva Kiir. I want to say thank you Kiir for coming to hospital to visit mzee – Gideon Moi.

“Thank you Kenyans for carrying us as your family; as a family, we are indebted to you”, Baringo Senator Gideon Moi

‬Mzee Moi is set to be awarded a gun salute tomorrow, February 12th 2020 on his final send off at his home in Kabarak, Nakuru county.