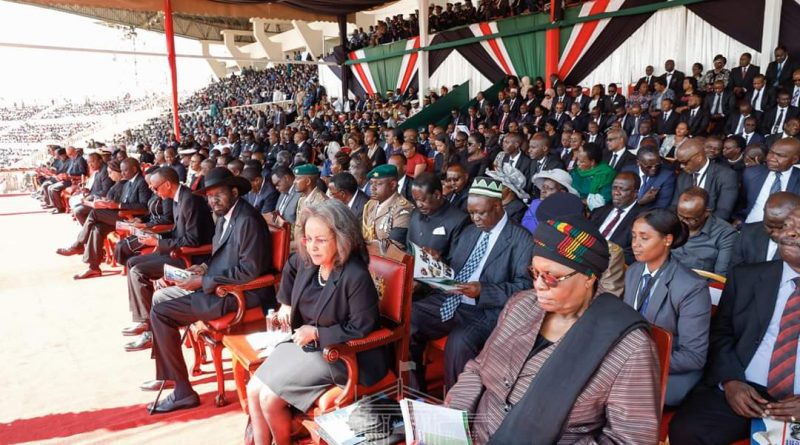 Thousands of Kenyans attended the requiem mass requiem today at Nyayo National Stadium but what stood out was the Presidents and Dignitaries who were present.

Newszaleo.co.ke brings you the full list of the presidents and dignitaries who attended the requiem mass at Nyayo National Stadium and what they had to say about the late Mzee Moi.

The Presidents and dignitaries who attended are
1.‪President Yoweri Museveni (Uganda)

Uganda’s President Yoweri Museveni said that Mzee Moi had the East African spirit. “I was attached to Moi politically and emotionally” he said.

2.Paul Kagame, the President of Rwanda

When the people of Kenya are grieving it goes beyond the Kenyan boarders. When Kenya makes progress and succeeds, we also share in that – Paul Kagame.

“We consider the late Mzee Moi as the hero of our independence & freedom. The people of South Sudan are heavily touched by the death of President Moi who is the icon of peace in our region.”

“President Moi was a true friend of Ethiopia. During his long reign at the helm of this country, our two countries enjoyed excellent relations…” Sahle-Work Zewde, President Ethiopia.

The fundamental role Moi played in the formation of IGAD back in 1986 and 1996 is one to forever remember. I know that we will continue working on his legacy. – Sahle-Work Zewde (President of Ethiopia).

Moi was one of the founding fathers of IGAD. He was a great statesman and a Pan-Africanist- Ismail Omar.

Presidents Museveni, Kagame, Mkapa and Kikwete showered praise on the late Moi for his work to unite East Africa, stewardship and mentorship.

Moi was very instrumental in COMESA and IGAD. We thank God for such a great life. May God comfort his family and the people of Kenya – Yemi Osinbajo (Vice President of Nigeria).

10. The Duke of Gloucester, Prince Richard, who is Queen Elizabeth’s cousin was also there representing the Royal Family.