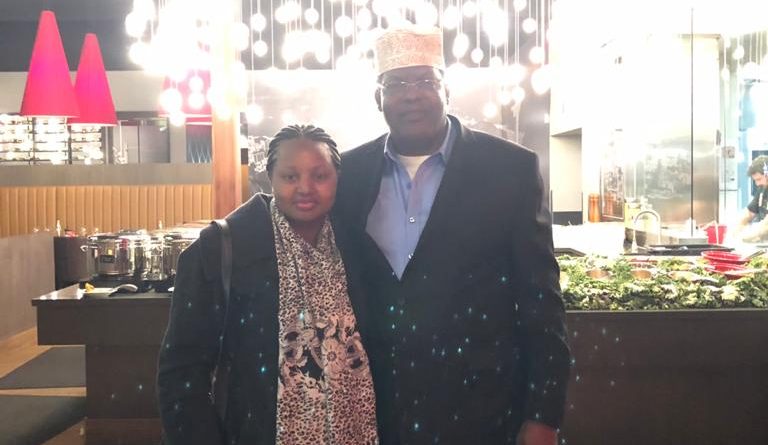 Dr Miguna Miguna is known for being a lawyer who fights for justice using words, facts and the Truth according to him.

Uknown to a few the tough lawyer is a married man with kids.

In the spirit of Valentines Day, the Canada based lawyer shared a photo of himself with his wife Jane Miguna and their three daughters, as they were celebrating their 20th anniversary of Marriage.

A Kenyan by the name Mercy C Kelel went ahead to comment to the lawyer that “I know this are the only people who can neutralize the general ! Hata simba hunywa maziwa”

The tough demeanor Lawyer Miguna Miguna known for his tackles replied that “I don’t need to be neutralized. My lovely ones empower me. Have self-esteem, madam.”

Seems Dr. Miguna Miguna loves his family a lot. We wish them a happy marriage to celebrate more anniversaries together.