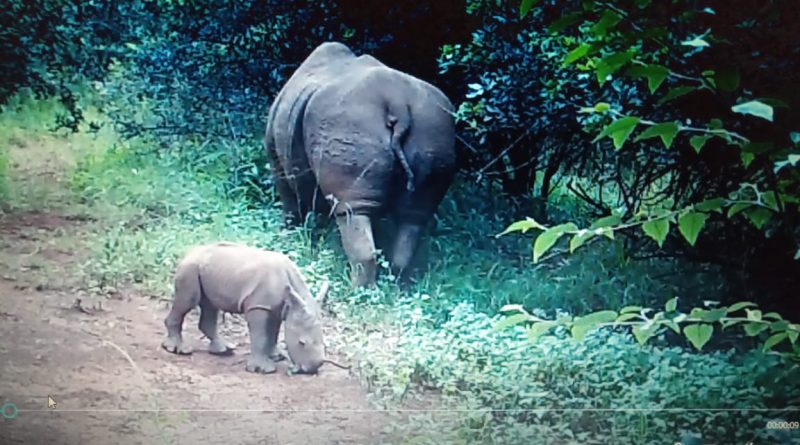 The Kenya Wildlife Service (KWS) the body in charge of conserving and managing Kenya’s Wildlife for the Kenyan people and the world has brightened Kenyans faces with good news.

The KWS has announced of a new kid on the block: We are thrilled to report the birth of a white rhino in Nairobi National Park. The lucky mother rhino had gone into hiding from hawk-eyed rangers only for her to resurface today with a three-day-old calf. Welcome to the family baby rhino read the statement as seen by Newszaleo.co.ke.

Excited with the new addition to the family the KWS is asking for help to locate the deadbeat Rhino father anyone who can to help them trace it before they name the calf rhino.

The KWS says that their rhino patrol teams have not yet determined the sex of the baby rhino because capturing the calf to examine it would be unnecessarily intrusive and stressful to both mother and new born as they prefer to live it as natural and wild as possible.