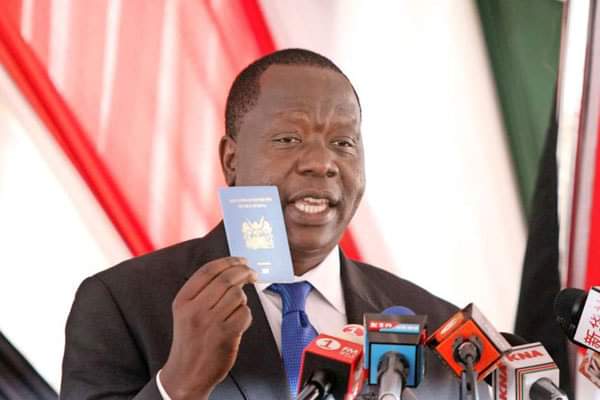 The Kenyan Government through the Ministry of interior has extended the deadline for using the current dark blue passport by 12 months.

The holders may continue using it until March 1, 2021 when it will no longer be valid to travel with.

In a statement released on Monday, February 24, the ministry of interior announced that it had extended the deadline for second-generation passports by 12 months and set a new deadline for March 1, 2021.
This gives Kenyans living abroad and in the country ample time to replace their old passports with the new one and avoid last minute rush to migrate to the e-passport come 2021.
The Kenyan Government said that 1.8 million Kenyans mostly in the Diaspora are still holding the old passport.
For now Kenyans both in the country and those living in the Diaspora can enjoy using old Kenyan passport as they consider getting the new e-passport.

The statement from the Kenya Interior Ministry read as follows as seen by Newszaleo.co.ke

The government has extended the deadline for voiding the current dark blue machine-readable passport by 12 months.

As such, its holders may continue using it until March 1, 2021 when it will no longer be valid for travelling.