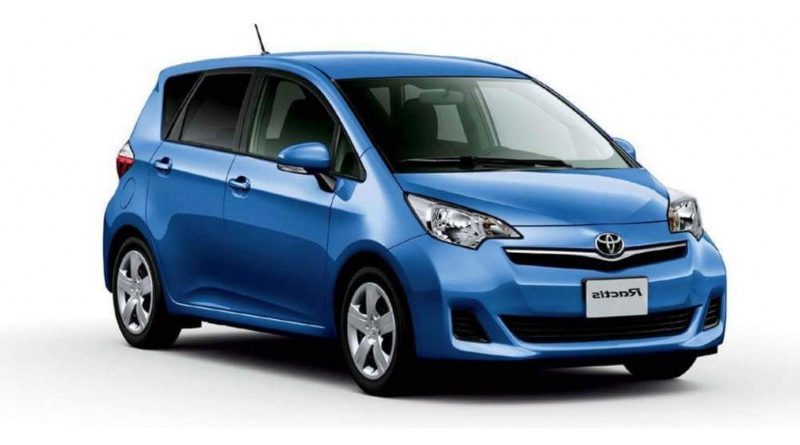 Owning a car is almost every young man or woman dream. In Kenya people rate owning a car as an epitome sign of success.

This can be connoted from the many online jokes on how many people dream of buying one.

Today getting your own car is no logger a luxurious need as earlier presumed.

Today buying your own car is no longer a luxurious need as used to be earlier presumed.

A car despite the high maintenance costs in terms of having to fuel every now and then, paying insurance schemes and parking charges everywhere you decide to stop brings a lot of convenience and flexibility to the owner.

You can wake up at your desired time and drive to any place you desire without having to go to the designated bus stops and wait as you deal with the rowdy conductors and sometimes risk pick pocketers and phone snatchers.

Since many people are not born with a silver spoon in their mouth not many people can afford to buy their dream cars which cost millions of money.

Newszaleo.co.ke has complied a list of the most affordable and cheapest brand new, second hand cars never driven in Kenya for new aspiring car buyers. Thank us later.

Here is the list of the most affordable cars to buy in Kenya:

1.Suzuki Alto
The car besides being small in size has since become so popular and is the most preferred by taxi hailing apps.
It has four seats and is very fuel efficient hitting 28kilometres per litre.
The car retails from 350,000 when imported to 500,000 Kenyan Shillings at the local car dealers.

The new bigger Suzuki Alto model with 800cc engine sold by Toyota Kenya that is popular with the Cab business goes for 868,000.

2.Nissan March
This is the cheapest most popular small car of the Nissan brand in the country.
Loved mostly by women, the car is a four sitter and also a favourite with taxi hailing apps.
It comes with many colours to choose from depending on a buyers preference.
The Nissan March comes with a 1200cc engine which makes it economical.
It retails from 550,000 to 580,000 Kenya Shillings.

3. Toyota Passo
This is among the cheapest Toyota cars in the country.
Toyota is loved for its durability, reliability and easy availability of cheap affordable spare parts all over the country as compared with its competitors.
The Passo is a four seater and very economical with the base level of 1000cc doing 22.5 kilometres per litre.
Toyota Passo also comes with a 1300cc model which has better acceleration and is much stronger.
Toyota Passo retails from 600,000 to 650,000 Kenya Shillings.

4. Nissan Ad van
This is one of the cheapest station wagons by the Nissan brand.
It’s big in size and long which gives it a huge cargo space.
It comes with the 1300cc and 1500cc engine capacity.
It is very affordable as it goes from Ksh570,000.
The spoiler alert is that it is not as stylish if you are a young person who is looking for a car to show off to friends or to be going with to funky places.

5. Mazda Demio
This is also one of the most popular cars on our Kenyan roads with the Mazda brand making a steady growth in Kenya.
It is popular with mostly ladies and taxi hailing apps.
Mazda Demio comes with a 1300cc engine which gives it better acceleration power.
It retails from 650,000 which makes it very affordable.

6.Nissan Note
The older shape model goes anywhere from Ksh650,000 with the latest new shape model going from Ksh680,000 depending with the dealer.
The Nissan March comes with a choice of 1200cc or 1500cc engine.

7. Suzuki Swift
Since Suzuki formed a partnership with Toyota it is making good strides in sales in the market and availing Suzuki spare parts to buyers.
The Suzuki Swift is curvy and trendy and retails from 650,000.

8. Toyota Vitz
This is one of the most popular Toyota subcompact cars in Kenya.
It is loved by mostly ladies who many usually dream of acquiring it as their first car.
The base models comes with a 1000cc engine which is very economical going at 22.5 kilometres per litre.
The upper model is 1300cc which offers more strength and acceleration.
The base model goes from Ksh700,000 onwards. A buyer who considers to get the sport version may consider the Vitz RS which retails at 900,000.
It is also a popular car among the taxi hailing apps.

9. Toyota Porte
Its uniqueness is that it comes with three doors but four seats.
It is also popular in Kenya being a Toyota brand.
It comes with a 1500cc engine and retails from Ksh700,000.

10. Honda Fit
The Honda fit has won many international awards as the most spacious sub compact car in the world.
The back seats ability to be folded flat completely offers a huge cargo space where one can even sleep or carry as much goods as they please.
It comes with a variant of 1300cc or 1500cc capacity engines retailing from Ksh700,000.
With technology advancements there is the entrant of Honda Fit Hybrid which is more fuel efficient but costs a little more from the base model to retail from 780,000 Kenya Shillings onwards.

11. Toyota Probox.
This is the most popular car in many rural areas and town outskirts in Kenya.
It is a symbol of success among any rural area dweller and is loved for its ability to handle tough terrains and carry anything with its huge cargo space.
Most owners are stereotyped to be careless drivers and mostly the Miraa drivers.
It comes with a variant of 1300cc and 1500cc engine capacity and retails from Ksh700,000 which makes it very affordable to many.
The brother to the Probox that looks a little stylish is the Toyota Succeed which shares most properties and retails from Ksh790,000.

12.Mitsubishi Colt
This is the most popular subcompact Mitsubishi car in Kenya.
It comes with a 1300cc capacity engine which gives it good acceleration.
It retails from Ksh700,000.

13. Nissan Tiida
This is one of the most popular stylish Nissan saloons in the country.
It comes with a 1500cc engine at retails from about Ksh730,000.

14. Mazda Verisa.
The Mazda Verisa is bigger than the Mazda Demio and comes with a 1500cc engine and retails from Ksh750,000.

15. Toyota Belta This is the cheapest Toyota saloon car in the country.
It comes with the choice of the most fuel efficient engine of 1000cc engine, then the 1300cc and 1500cc variants.
It retails from Ksh780,000 onwards.

16. Toyota Ractis
Toyota Ractis has become very popular in Kenya since its entrant in the market.
It is the most ideal family car for the non saloon car lovers.
It comes with two engine capacity variants the economical 1300cc and 1500cc engines.
It retails from Ksh790,000 to 880,000.
It’s close sister whom they look alike is the Subaru Trezia.
It comes with 1300cc and 1500cc engines and retails from Ksh850,000.

17. Toyota Sienta
This is the most affordable seven seater Toyota car in Kenya with an engine capacity of 1500cc and retails from Ksh830,000.

18. Honda Insight
This is one of the most stylish Honda cars that looks like a toned down Toyota Prius and retails from about Ksh840,000.

Did you know that a car colour also determines its market price?

White is the most popular colour and cheapest in Kenya followed by grey and black then the rest of the colours follow.

It is good to note that importing your own car either directly or through a trusted car importer saves you from 50,000 to 150,000 Kenya Shillings which most dealers in the country make as profit.
Its a good thing to consider if you are willing to be patient enough to wait for the car to be shipped in and then clear with the port and the Kenya Revenue Authority in taxes before getting your car.

Which car are you planning to buy as your first car?