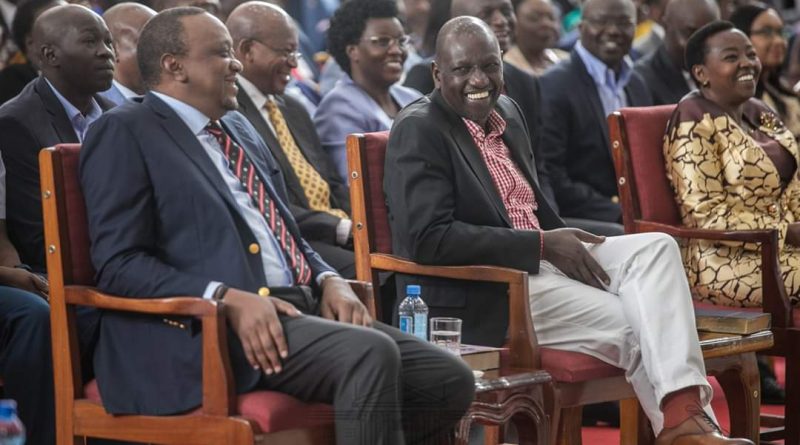 The President has said that anyone willing to vie for presidency to campaign for themselves when that time comes and not to expect support from him , as the people know who their choice will be.

President Uhuru Kenyatta who spoke in Kikuyu dialect said that all what people want is work and developments.

Leaders should first deliver on the work they were voted to do by the people.

The time for politics will come.
The people of Kenya are smart and they know what they will do when that time comes.

All what we need is to have peace in the country.
I have been sending “them” but they come to fulfill their own businesses.

The president was disappointed on finding out all houses he had passed had not been connected with electricity as he had been prior told.

I will now be coming myself to personally launch projects and see it for myself.
You give people respect they return the respect with mud said President Uhuru Kenyatta.

Here is the video courtesy of NTV Kenya.