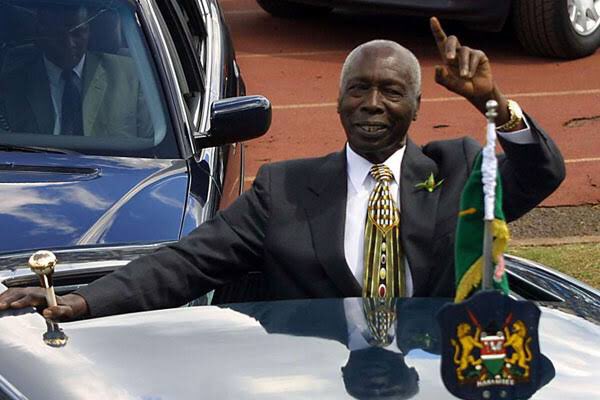 In Kenya our celebrities are known to be trend setters.

When the Kenya’s second President, Mzee Daniel Toroitich Arap Moi passed away on February 4th 2020 they were at the forefront of sending their condolences to the family and the nation at large.

Newszaleo.co.ke came across the following Kenyan celebrities who condoled with the country in mourning retired former President Daniel Toroitich Arap.

3. Songbird and musician Avril Kenya mourned the president by sending an RIP.

4. Corporate MC, comedian and radio presenter Jalang’o by commending the former President of doing his part well. His death marked the end of an era.

7. East Africa’s number one female artist,recording artist and the director Akothee Safaris, Akothee Kenya reminisces of how she used to line up at West Pokot Ortum girls on the road for Maziwa ya Nyayo as the deceased Excellency passed with his convoy by on his way to Turkana . Akothee praised him for maintaining a level of discipline in the country such that people never used to open their mouths and insult dignitaries and how there was a lot of money circulation around during his era unlike today when money is only with the rich and that the economy is hard.

Akothee concluded with calling the 2nd President of Kenya Daniel Moi his Hero.

DJ Shiti will remember and miss him for the way former retired President Daniel Arap Moi used to inspect and match on the parade of Armed Forces.

Churchill praised Mzee Moi of being the number one farmer and footballer.