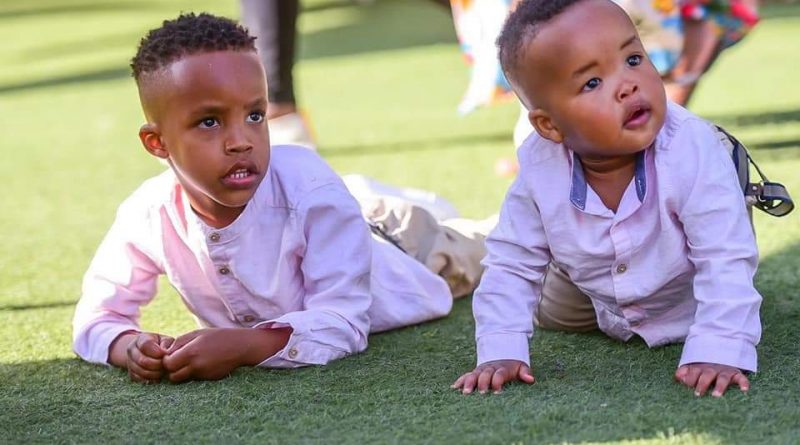 Very few musicians succeed in winning elections and becoming politicians and leaders in Kenya despite their fame.

Starehe MP Charles Njagua Kanyi popularly known as Jaguar is one exception who is one of most popular politicians besides being a musician back in the days.

The musician and business man is also the Former Director Nacada a seat which is now being served by Chipukeezy Vinnie the comedian.

Recently he donated over 200 mattresses to Industrial area prison, Starehe that benefitted Embakasi MP Hon Babu Owino when he was a remanded in the prison awaiting his case earlier this year.

On Sunday 9th February Jaguar as he is popularly known graced the internet with cute photos of his sons as seen by Newszaleo.co.ke .

“My boys twinning……All I can wish you is God’s blessings and favor as you grow up.” Jaguar wrote to his sons in the post seen by Newszaleo.co.ke.

One of his son was celebrating his birthday.

The boys are cute, don’t you agree?

At Newszaleo.co.ke we wish the son a happy birthday may he grow up to achieve all his dreams including being a musician or a politician like his dad.