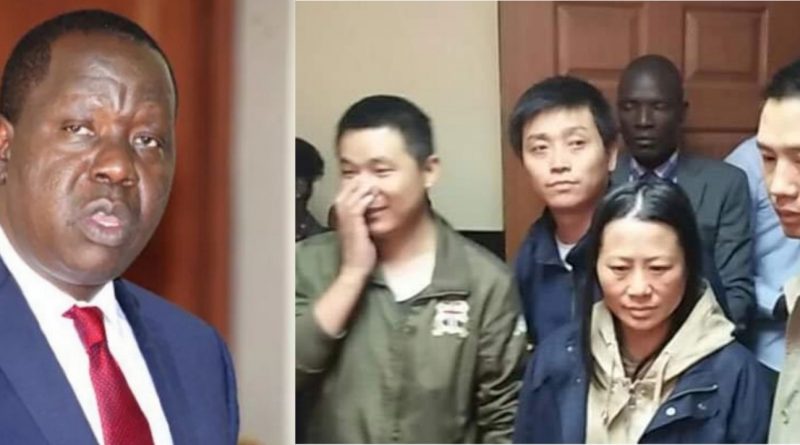 On February 13th, 2020 the Interior CS Fred Matiangi ordered the deportation of the 4 Chinese nationals who were arrested after the video of a Chinese National Deng Hailan caning a Kenyan worker went viral.

Deng Hailan, Ou Giang, Yu Ling & Chang Yueping are accused of: assaulting a Kenyan waiter at a Chinese restaurant for reporting to work late, operating a business without work permit & being in the country illegally. The case will be mention on 4.3.2020 shared ODDP Kenya as seen by Newszaleo.co.ke

On Wednesday February 19, The Court has suspended Interior CS Fred Matiangi’s order to deport the four Chinese nationals after one Deng Heilan, was caught on tape whipping a Kenyan worker, Simon Osaka Silo at a restaurant in Kileleshwa, Nairobi.

This comes as a sigh of relief to the 4 Chinese nationals after Justice Luka Kimaru has also given the DPP till Friday to file their responses.